What are Early Signs of Dementia? 5 Symptoms to Look Out For

What are the early signs of dementia you should be looking out for?

We often think that being forgetful is a sign of aging.

Contrary to popular belief, forgetfulness isn’t normal. Our brains can stay as sharp and continue to grow as we age.

As caregivers to the elderly, we need to be on the lookout for subtle signs so we could reduce its risks.

So let’s get started.

People would often equate dementia to memory loss. Truth is, dementia is much more complicated than that.

CDC defines dementia as a general term for the impaired ability to process thoughts and memories. More often it affects a person’s way of living and even the most basic functions in their lives.

Dementia is due to a variety of factors. This condition damages the brain, particularly affecting regions responsible for learning, memory, and decision-making.

It can also result from a collection of medical conditions including Alzheimer’s disease.

Dementia affects about 5-8% of adults over the age of 65. The proportion doubles every 5 years and may affect half of the adults in their 80’s.

According to WHO, dementia is the 7th leading cause of death among all diseases globally. It is also one of the top causes of disability and dependence among the elderly.

Dementia has physical, psychological, social, and financial effects on those living with it. It also affects their caregivers, families, and society.

While it’s pretty common, it can still be misunderstood. People suffering from dementia also deal with the stigma against it.

There are still many false beliefs that affect other people’s attitudes and responses towards patients suffering from dementia.

What are the Types of Dementia

People deal with different types of dementia. While it can be categorized as a syndrome, dementia can range from memory loss to severe mental disabilities.

Dementia can be divided into two types, cortical and subcortical dementia.

Cortical dementia is the type of dementia caused by disorders affecting the brain’s cerebral cortex.

As the brain’s outermost layer, the cerebral cortex deals with functions such as language, abstract details, creativity, judgment, emotions, and attention.

Alzheimer’s disease is one of the types of cortical dementia.

These diseases are mostly progressive and usually start with symptoms like memory loss.

On the other hand, subcortical dementias affect the brain’s white matter.

Patients do not have forgetfulness or linguistic difficulties. These kinds of dementia are due to Parkinson's disease, Huntington's disease, and HIV.

Some varieties of dementia damage both the frontal and temporal lobes of the brain like Lewy Body Dementia.

Creutzfeldt-Jakob disease (CJD) causes a type of dementia that gets worse abnormally fast.

It occurs when a brain protein called prion protein creates an abnormal shape. This eventually attacks and destroys brain cells.

Because of this, the brain loses its neurons and leads to a rapid decline in thinking and reasoning. It also causes involuntary movements, confusion, walking challenges, and mood changes.

Creutzfeldt-Jakob disease (CJD) happens to about one in every 1 million people worldwide.

Frontotemporal dementia (FTD) refers to a group of disorders caused by progressive nerve loss. These areas include the frontal lobes or temporal lobes.

It is also known as Pick’s disease, named after Arnold Pick, MD, a physician that first described the symptoms in 1892.

There are two types of FTDs. First is the behavioral variant FTD which includes prominent changes in personality and behavior in people in their 50’s and 60’s.

Those affected by PPA are commonly in their midlife before age 65.

In some cases, patients suffer from brain changes brought about by Alzheimer’s disease, vascular dementia, and Lewy body dementia.

The symptoms for these may vary depending on the brain changes and the areas affected by the damage.

Vascular dementia is caused by inadequate blood flow to the brain. This is also commonly related to strokes, where major blockages affect the brain.

Changes in thinking skills occur due to blockages caused by strokes. And it gradually worsens as the strokes happen.

Experts also use the term “vascular cognitive impairment” to describe this type of dementia.

As family members and caregivers, what are early signs of dementia that you should be taking note of?

Dementia symptoms can be subtle or severe, depending on the conditions experienced by the elderly.

But the most common ones are very similar to that of Alzheimer’s disease. And most of the time, people disregard it as a mistake.

Here are some of the early signs of dementia.

Do your aging parents forget key dates? Does it seem like they can’t retain new information?

These may be early signs of dementia. And the changes are generally minor, and they seem to associate with the short-term recall.

They may even fail to recall placements and other important tasks they need to do.

Difficulties in words when speaking or writing

People suffering from dementia may have difficulty following or participating in a conversation. They will stop in the middle of a discussion and not know how to proceed, or they may repeat themselves.

They may have difficulty with vocabulary and have trouble naming common things.

Some may even change the names of items like watches to “hand clocks”.

They may also have challenges in explaining abstract and complex thoughts.

Changes in mood and personality

Individuals suffering from dementia may notice changes in their mood and personality. They may become puzzled, doubtful, depressed, afraid, or apprehensive because of this experience.

Their temper may flare up at home, around friends, or when they are out of their comfort zone.

It's also a common mistake to think of the symptoms as depression as they are quite similar.

Those suffering from early signs of depression often display apathy.

What used to be enjoyable activities can feel like a gargantuan task.

Those who enjoy cooking now have the tendency to lose interest. They now tend to burn the food or stop cooking midway.

They lose interest in all social interactions and may become aloof.

Some even avoid people altogether and become reclusive because of the confusion they’re experiencing.

If you’re seeing this symptom in your loved ones, make sure to check with your doctor.

They also often have judgment lapses and may even make decisions that are out of character.

At times even faces can become confusing so there will be times when they don’t recognize people who used to be familiar.

From misplacing car keys to difficulty in remembering what day it is, simple things can be a cause of confusion for them.

How is dementia diagnosed?

The best thing to do is to see a doctor if you or someone you know has persistent dementia symptoms.

Initially, a clinician must first detect the pattern of loss of abilities. They will check functions and then assess what a person can still perform.

Doctors diagnose it based on:

Specialists like neurologists, psychiatrists, psychologists, or geriatricians may be involved.

Neurological tests will also be done. Doctors will test reflexes, eye movements, and even the patient’s sense of balance.

Laboratory tests can include blood tests to check protein levels. This can help detect possible plaques in the brain. It also checks to see nutrient levels and possible thyroid issues.

Psychiatric tests are also conducted to check for other similar symptoms like depression.

They will also check on other factors that may trigger behavioral changes like the loss of a loved one, trauma, or any current struggles.

Once the doctors confirm dementia, medications and therapies can begin.

At the moment, no one medication can cure dementia. Doctors prescribe medicine according to symptoms brought on by dementia.

Cholinesterase inhibitors slow the breakdown of a brain chemical involved in memory and judgment.

For those suffering from depression symptoms, doctors can also prescribe antidepressants and antipsychotic medicines.

How to prevent dementia in the elderly?

Even experts are still trying to find out more about how and why it happens.

And as always, a healthy diet and an active lifestyle can delay its symptoms.

Another way to prevent this is to provide them with therapeutic activities. These are creative and problem-solving activities that include work, life, and interests related.

It’s also beneficial for the elderly experiencing early symptoms of dementia to go through alternative therapies.

Those who are experiencing problems with movement restrictions can benefit from physical or occupational therapy.

PTs and OTs can help assess current conditions and recommend ways to make your home safer. They can also help make sure that patients can function regularly and independently.

Some therapies can jog memory and thinking skills.

Cognitive stimulation therapy can also help those who benefit most from group activities. Here, patients engage with other patients and do mentally engaging activities.

Some therapists and health professionals also use reality orientation training. Patients go over basic things like their names, the time, and the date.

Their environments can also have labels and other signs to guide them as they navigate this new world.

As a caregiver, you can also help retrain the elderly to teach coping behaviors. These may include fall prevention and regulating behaviors.

You can also help them by simplifying tasks and breaking them into easy-to-follow steps.

Knowing what early signs of dementia to take note of can make a huge difference in our aging parents’ well-being.

The earlier we recognize these symptoms, the better it will be for our aging parents.

Here's Why Bedroom Safety for the Elderly Is Important
5 Skin Conditions in Seniors You Should Watch Out For
Home First Aid Kit for Seniors: Best Tips for What to Pack
join my email list
ABOUT ME 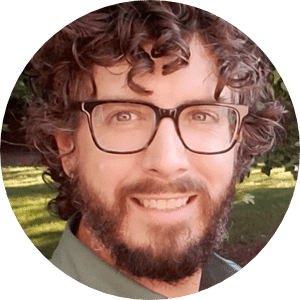